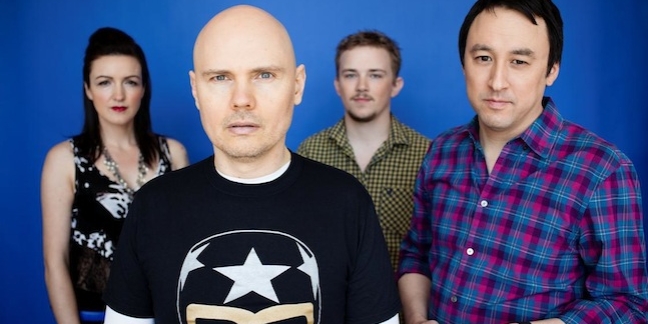 Lately, Smashing Pumpkins monarch Billy Corgan has stayed busy with both his past as well as his future, recently reissuing 1995 alt smash Mellon Collie and the Infinite Sadness as well as staying active on the tea shop/pro wrestling company front. He’ll take this current configuration of the Pumpkins– guitarist Jeff Schroeder, drummer Mike Byrne and bassist Nicole Fiorentino–  out for a world tour, playing old material as well as cuts from last year’s Oceania. Sean Evans, who contributed visuals to last year’s Smashing Pumpkins tour as well as Roger Waters’ recent global trot for The Wall, will reprise that role for the forthcoming dates.