In addition to the regular assortment of entertainment an new music, tonight on Gashouse Live we welcome Sonnder in studio!

Sonnder are an eclectic sounding band that just got together this past summer. While there are technically 6 members, you just never know what kind of special guests you will see on stage. I caught the very end of their set at Connie’s Ric Rac a few months ago, and I had a great conversation with a few of their members. Should be a very interesting in-studio interview and performance. 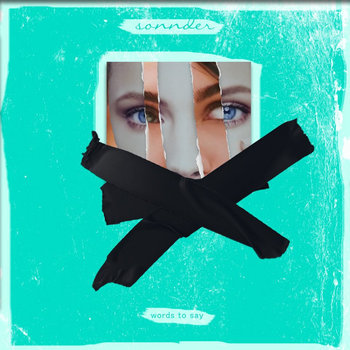 This Philadelphia band have a ton of show coming up soon, including this Friday 1/24 at The M Room. They will also be a part of n upcoming Gashouse Radio showcase at Connie’s Ric Rac. Go to sonnder.com for more info, and grab their latest single from their Bandcamp page. It is also available for request at any time using our auto-request feature. Just go to gashouseradio.com/request.

In addition to Sonnder in studio, we will be debuting new music from:

Skeletons In The Piano: Skeletons are not created in death, they are merely exposed, revealing life’s foundations. We hone our craft with a love and respect for the art that has brought us to this point. We create a mood and cast a spell at every show we play. Skeletons in the Piano gives a damn.

The Movers: From Hazleton, Pennsylvania, “The Movers” formed and started performing at local bars in the area, playing body moving originals and a great selection of covers with a demanding stage presence. Playing together for over a year they began to realize that something was missing. Mark Remenar (audio engineer) brought his guitar skills to the table during a late night jam session, and seemed to fill the void perfectly. “The Movers” have been working on fresh material, and will be back on the road again soon, going harder than ever.

Annalise Curtin Music: Annalise Curtin is a Folk Rock singer/songwriter from the Philadelphia area. This is her debut album titled “Battle Against Me”. She will be performing at the A-Town Get Down in Savannah, Georgia February 22nd

MAKS: MAKS, a new and original rock band from Rotterdam, the Netherlands, with their roots solidly in 1980’s new wave and rock!

Plus Skinny Cool Kid and Ninth Floor Mannequin will both be returning to The Radar, because our listeners have been giving these 2 bands the thumbs up for days.

So tune in to Gashouse Live tonight at 6pm ET. Sonnder will be in studio for a performance and interview, well be giving away some merch in our various contests, and we will keep you informed in the world of music!