We are back tonight at 6pm ET with another edition of Gashouse Live. We will have our usual new music debuts from the bands listed below, as well as some of our usually segments. However tonight, we may have a most-unusual game to play with our listeners.

Dave, Mondays co-host, created a new game called Bimbo Bingo. I’m not quite sure all of the rules, so make sure you tune in early tonight so we learn how to play this game. Just based on the game-board, this looks like its going to be a lot of fun and we have plenty of prizes to giveaway.

Every Monday, Amber Ladd and Kelly takeover the last hour of Gashouse Live and then Stoner Jesus follows from 10pm-Midnight, so keep us tuned in from 6pm on all night. Now lets take a look at today’s debuts:

Mongrel: Mongrel is a female fronted aggressive rock band with metal and punk influences. Theyve been called “the hardest working band in Boston” (Metal Edge Magazine), and have shared the stage with bands such as Korn, Godsmack, Halestorm, Danzig, GWAR. Today we have their latest single, Snakes, debuting on the show.

Awaking Mercury: When a couple of guys from the Jackass infested West Chester area get together to make the tunes that they enjoy listening to, you get Awaking Mercury. They are currently taking over the world by raising highly intelligent ferrets. In between training the ferrets they are recording another great full length that has hidden brainwashing messages if you spin the CD backwards.

Midnight Mosaic: Midnight Mosaic is an eclectic collective of entertainers, whose original brand of Rock ‘n Soul drives their audiences to dance and groove. By combining the familiar tones of soul, funk, dance, and pop they have put their own spin on the Indie rock sound. They just released their first full length Fire Work, which you can get on iTunes. On Saturday, 2/15, catch Midnight Mosaic live at The Old Bay Restaurant in New Brunswick, NJ. 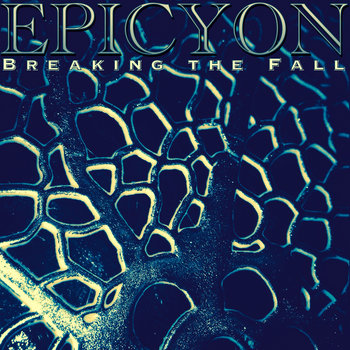 Epicyon: This is the second straight appearance for Epicyon. On Friday we debuted their latest single Breaking the Fall, and it was the highest voted song of the day. Their first single was one of the highest voted songs of 2013, so this Philadelphia band has quite the track record already on Gashouse Radio. Grab the single from Bandcamp, and check them out at The Legendary Dobbs on March 7th.

GASH: GASH is a punk rock band from south Philadelphia. We make our music about stuff that we are into or that relates to us in some way. It just so happens that the stuff we’re into includes: 70’s and 80’s horror films, S&M and the occult.

The Glade: Swedish alternative folk rock band The Glade, formed in Stockholm 2008, plays alternative rock with folk influences. Another artist in Gashouse rotation, Jonas Carping, is a part of The Glade.

Omniscient: Rising to become one of Miami’s most talented and recognized artists is not easy- Omniscient has done just that. Omniscient has earned the respect of his peers, and a reputation as someone who steadily accomplishes his goals. No longer just a hobby or a pastime, but a potential future Om decided to focus exclusively on his music and becoming a better writer. Grammy Nominated Indie Artist.

Tune in tonight at 6pm ET. Vote on every song you hear using the thumbs up/down buttons on the player page next to the chat room. These votes determine if we play the songs in regular rotation, and it also helps determine which of the artists will stay “on the Radar”.

“Marry Me Margaret” by Randall Wheatley

EP “All Things With Symmetry” by Pinewood