It has been way too long since we’ve had Mike Z from UnsungPhilly.com in-studio. Mike was one of the original supporters of Gashouse Radio, and it is always a good time when he stops in. This time, he’s bringing comedian Mikey Gleason.

Unsung Philly creates short documentaries on interesting stories from around the Philadelphia area. They docs are extremely well-done, and they cover a vary broad range of topics. Greg Gillespie of Port Richmond books is a great one to start, and his story on Michael & Joan Cooke brought my wife to tears (several times). Mike did one about Gashouse Radio and his next edition will feature Dave of Wooden HEZ.

Mikey Gleason is a hilarious comedian. In addition to stand-up, he has a great YouTube channel with some very helpful videos. Mikey hasn’t been by the show in almost 2 years, so tonight should be fun.

And of course we got all of your new music needs covered. These are the bands debuting today on Gashouse:

Jupiter In Velvet: Jupiter In Velvet is an Electro Dance Rock artist currently out of London, UK. His music merges generations of styles into a supernova of passion set to explode in soul. Jupiter In Velvet’s music is available on iTunes, Amazon, CD Baby & at his website at www.jupiterinvelvet.com.

JH Sitton: Like a premium Cabernet, Sitton’s full-bodied analog recordings warm the blood. He is a traditional sentiment with an experimental edge, and there is no denying his authenticity. Wearing a muted half-smile, Sitton takes the stage and plays live performances with all the conviction of the 3rd generation Southern Baptist he is. Fans listen intently, as his visionary insight is impossible to ignore. Sitton stands behind that invisible force that says, “Something’s got to give.” His introversion spins a mystery; his music unravels the secret, to a point. Shortly after recording “Losing Kind, Losing One,” we lost J.H. Sitton. He was checked into a mental health facility and we never heard from him again.

Jaylis: Fresh as a bouquet of parsley, folk as a night under the stars between Dallas and Houston, sincere as a handshake from the Dalai Lama, Jaylis is an easy-going singer who doesn’t willingly leave her guitar. 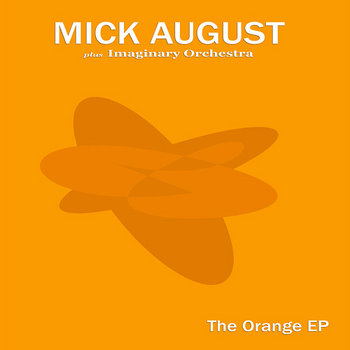 Mick August: This is Mick’s second appearance on the Radar. Yesterday his songs received the highest votes o the day, so he will be back on tonight’s show as well. Check out The Orange EP on his Bandcamp page. Mick wrote, produced and played everything on this EP with zero budget, and it sounds great.

Karim Theilgaard: Strangers on The Floor is a melancholy song that takes the imagery of remembering how you used to dance with your lover and now that he/she is gone no-one else feels quite right in the same way. This carries over as a metaphor for all the things that you eventually end up doing with new people and hopefully, will learn to embrace again. Karims music is available on iTunes.

The Skyline Industry: This Philadelphia band has had music on Gashouse for sometime, but now they have a new track that is definitely worth your attention. Utilizing a combination of piano, synthesizers, bass, drums, guitar, and electronic samples, The Skyline Industry crafts smartly written songs, cerebral soundscapes, and dense musical textures. Grab the new song and check out the video on theskylineindustry.com.

Epicyon: Another band out of the Philadelphia area that has already been in rotation. Before today we’ve only had one track from Epicyon. That song, So Numb, appears regularly in our Top 10 countdown, and was one of the highest voted songs of 2013. Check them out live on March 7th at The Legendary Dobbs.

So tune in tonight 6-10pm ET. We have giveaways, all of this music to debut, and 2 great in-studio guests. Join us in the chat room to become a part of the show, and stay tuned for Stoner Jesus immediately following Gashouse Live!