Glim Dropper are an incredible band out of the Philadelphia area. Their songs are well-written, and their live show show is even better than their recordings. They have created fans out of our listeners right from the beginning. Their debut album, Last Days of Analog, has been in rotation for years, and tracks from the album are still being requested regularly. 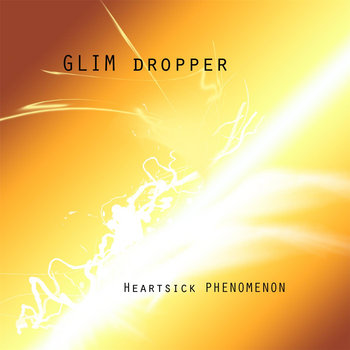 Last week, Glim Dropper released their follow-up album Heartsick Phenomenon. You can sample the album and pick it up via iTunes or the Glim Dropper Bandcamp page. It certainly did not disappoint. The songs are catchy, the musicianship is outstanding, and the production is perfect. This is an awesome album and we are so happy to add it to rotation.

If you have not seen Glim Dropper live yet, you are missing one hell of a show. Between their stage presence and their individual talent, Glim Dropper will capture your attention for the entire set, and then leave wanting just a few more songs. See for yourself on February 15th when Glim Dropper, WaveRadio, The Late Saints and Stereobox take the stage at World Cafe Live at the Queen in Wilmington, DE. This is a beautiful venue, awesome sound, and a great lineup.

In addition to the new album and the album show at the Queen, Glim Dropper have been nominated for Best Live Act in the 8th Annual WSTW Homey Awards. Go here and vote for them because they definitely deserve the recognition.

Tune in all week to hear the new album Heartsick Phenomenon in heavy rotation. We will be playing a track at the beginning of every Gashouse Live (weekdays 6pm ET). Grab the new album and go see these guys live on 2/15 in Wilmington, DE! For more information, please visit glimdropper.com.