Tonight on Gashouse Live (weekdays 6pm ET) we’ve got a ton of great music to debut, and he Hyde will be joining us for an interview and acoustic performance.

The Hyde are a gritty rock n roll band out of Philadelphia. You can sample a few of their tracks on Reverbnation, but the band is currently working with Left Hand Audio on a brand new album. We will find out more info on tonight’s show. Make sure you check them out February 15th at World Cafe Live at the Queen in Wilmington, DE. For more information, go to thehydeband.com.

In addition to The Hyde in studio, we have a ton of new music to debut: 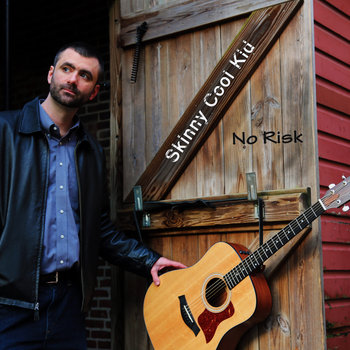 Skinny Cool Kid: Here we are, the 15th straight appearance on The Radar. This is the last day for SCK. If he gets a good amount of votes tonight form our listeners, this West Chester singer songwriter will be the first retired champion of 2014. Do not miss the show tonight!!

Animal Hands: Animal hands is an indie rock band formed by singer songwriter Danielle Whalebone in 2011. They have received a resplendent response to their EP produced by Lindsay Gravina ( Rowland.S Howard,Magic Dirt, The Living End ). Their EP has gained airplay in Australia and has been picked up by radio stations across the US, and Canada.

Downfall 2012: Downfall 2012 “”…a three-piece band based out of Houston, Texas, that is especially known for their high energy live performances and wild drum-off style breakdowns involving multiple original and unconventional percussion instruments, a performance that will leave you screaming for more.

Lovecartel: Part heroin sunset, part shotgun blast, Lovecartel is band of brothers driven by an undying passion for songcraft with the live show to prove it. Known for their introspection and swagger, the Philadelphia four-piece creates emotionally-aggressive, soul-drenched ‘pocket-rock’ built upon infections rhythms and seductive guitarwork. With a sound that is distinctly all their own, Lovecartel is definitely a band to watch.

Company Of Angel: Alternative band from surabaya Indonesia,,
Want to share the music to different side of earth,,
please enjoy

The 1957 Tail-Fin Fiasco: As for background, there’s very little I can tell you without incurring the wrath of Tammy Wynette’s lawyers, and they’re scary dudes. Our manager only has 3 fingers on his left hand. Enough said. Some information slipped through the net here at the1957tail-finfiasco.com/press but you didn’t hear that from me. Good luck.

So tune in tonight at 6pm ET for Gashouse Live. Bring your questions and comment for The Hyde to our chat room. Vote on every song you hear and don’t be shy, you are welcome to participate in the discussions! In addition to the in-studio performance, interview, and new music debuts, we will be giving away CDs and tees in one of our daily contests. See you there.