Tonight on Gashouse Live, 6pm ET, tune in to hear the big announcement about our upcoming project!

This next project will be the most important piece of the Gashouse Radio plan to date. Tonight on the show, we will fill you in on the details. We are going to need absolutely everyone’s help with this one; and it’ll be easy for you to participate. This project is going to bring Gashouse Live up to the next level. It’s going to allow us to do even more for the Philadelphia music scene, and for independent musicians everywhere. Tune in tonight at 6pm ET to hear all the details of our big announcement.

And while you are tuned in tonight, be sure to check out all the new music we are debuting on  our segment The Radar. Today we’re playing tracks at 9am, 2pm, and 6pm ET from these bands: 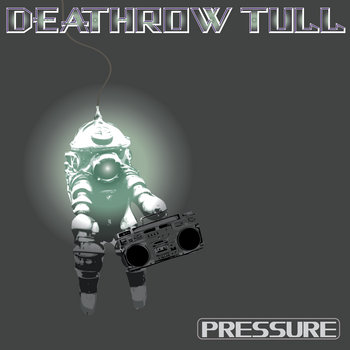 Deathrow Tull: On Thursday, Deathrow Tull took the top spot on The Radar to become our new “returning champion”. They’re an interesting alternative band from Brooklyn with elements of hip hop in their sound as well. They’ve got quite a discography building on their Bandcamp page, and today on Gashouse Live we will play their latest single Pressure.

iScat: This is an experimental electronic/acoustic duo out of the UK. The combined minds of NFV from Big Fat Cat Ugly Bat and Del from IceChrystalls. They’ve gt a unique sound that should definitely catch the attention of our listeners.

MEN WHO LISTEN: Original rock band from Chicago that plays the kind of rock songs you want to hear on the radio! A band you never heard of that’s getting on airplay on underground and non-commercial radio stations everywhere! A new band with a familiar sound that’s missing on radio today!

The Lunar Effect: Psychedelic Grunge from London England, Jon Jefford (ex DeepSeaGreen guitarist) brings back the power of grunge but with a new twist. The Lunar Effect’s self titled record is due for release midnight 17th March 2014 to coincide with a full moon, download and collector’s CD available. Check out 3ravensrecords.com for more information.

Songs Of Trees: Songs Of Trees is an acoustic, heartfelt project by songwriter Kevin Osborne. Sad songs, breakup songs, whatever you call them, these are the Songs Of Trees. Check out http://sot.soundsunique.co.uk for more information.

BONSAI KITTEN: Killbilly since 2007! The Berlin outfit Bonsai Kitten will release their 3rd full length album „Occupy Yourself!“ in February of 2014. This record is a call for liberation, change and revolt, starting with a revolution in your own head. After the release of their debut EP in 2007 for the Japanese market only, their first and second longplayer “Done With Hell” and „Welcome To My World“ came out via Wolverine Records.

Great music, and a big announcement regarding the future of our internet radio station! This is a show you definitely cannot miss. Please jon us at 6pm ET for Gashouse Live!