After a few nights with technical difficulties, we’ve finally figured out the problem with the live broadcast at these shows, and 5/16 we will be live from Connie’s Ric Rac. We’ll be broadcasting the sets, as well as interviews from the bands. So who’s playing this Italian Festival Kickoff? 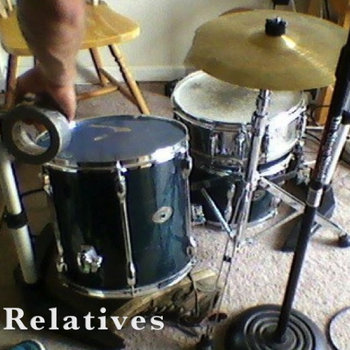 Relatives: Relatives started out as a bass/drum duo. Recently they added Glim Dropper guitarist Ben Geise and the band developed a whole new sound. Go to wearerelatives.bandcamp.com and pick up their debut album at a name your price basis.

Hopscotch Jefferson: Formed with a genuine concept of blending Dylan-esque songs with blues-driven driving guitar, Hopscotch Jefferson balances an eclectic selection of music with memorable lyrics and questionable morals. A Philadelphia-based group formed in the summer of 2012, Hopscotch Jefferson may be relatively new to the music scene, but handles the stage with all the composure of veteran performers.

The Skyline Industry: Utilizing a combination of piano, synthesizers, bass, drums, guitar, and electronic samples, The Skyline Industry crafts smartly written songs, cerebral soundscapes, and dense musical textures. The Skyline Industry’s debut EP is available as a free download from their website.  It can also be streamed from Soundcloud, Spotify, or below from the embedded player. Go to theskylineindustry.com for more information.

The GoAround: Life has a way of molding us until we are something far different than what we may have originally intended. It’s what we choose to do with these changes and curve balls that defines us. Pop/alt-rock group The GoAround is a living, breathing, rocking example of this. The band has weathered many changes since their inception in 2006, but after a myriad of member switches the band now revolves around two core members, Alexander and Anthony Saddic. The East coast band is still based in their hometown of West Chester, Pennsylvania and has garnered a local fan base by playing shows with other well-known local acts – a fan base that they’re hoping to expand to a national level in the coming months. Check out thegoaround.com for more information.

So join us at Connie’s Ric Rac on Friday May 16th for the Italian Festival Kickoff. In addition to the music, we will have some people there to fill us in on the history of the Italian Festival, as well as what’s in store for the entire weekend! The show will be $8, and it is 21+. Doors open at 8pm, and the music starts early so be there!